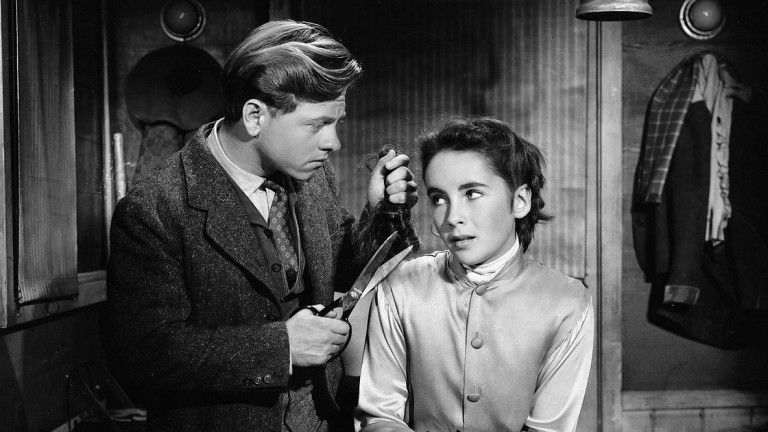 Racing fans may be facing three days with no action, but never fear – we review three classic racing films to keep you entertained over the Christmas lull

What is the story? Velvet Brown, a horse-mad girl in a pre-war Sussex village, wins a gelding named The Piebald, in a shilling raffle. Velvet – played by 12-year-old Elizabeth Taylor, who was cast for her ability to both ride and act – trains him for the Grand National with the help of ex-jockey Mi Taylor (Mickey Rooney). When their jockey shows little faith in the horse, Velvet disguises herself as a man, rides him herself and passes the post in triumph. ‘The Pi’ is disqualified but Velvet becomes a hero anyway.

What is good about it? Still the most famous of all racing films, it has a fairy tale quality with a message that dreams can be achieved with enough determination.

What is bad about it? Too much sentimentality for modern tastes. And in the climactic race, the field is depicted jumping fences on a California golf course with tropical foliage.

Should you watch it? It is a family film, a piece of escapism that every racing fan should see once. Children may find it heart-warming, but adults may prefer the anarchic humour of the Marx Brothers in A Day At The Races.
John Randall

What is the story? The true story of how Bob Champion came back from the brink to win the 1981 Grand National. The jockey (played by John Hurt) is diagnosed with testicular and chest cancer, suffers the torture of chemotherapy leaving him in despair and close to death. He eventually recovers and goes on to triumph at Aintree aboard Aldaniti, trained by Josh Gifford (Edward Woodward), who himself has broken down three times – the two crocks achieve the ultimate emotional triumph. 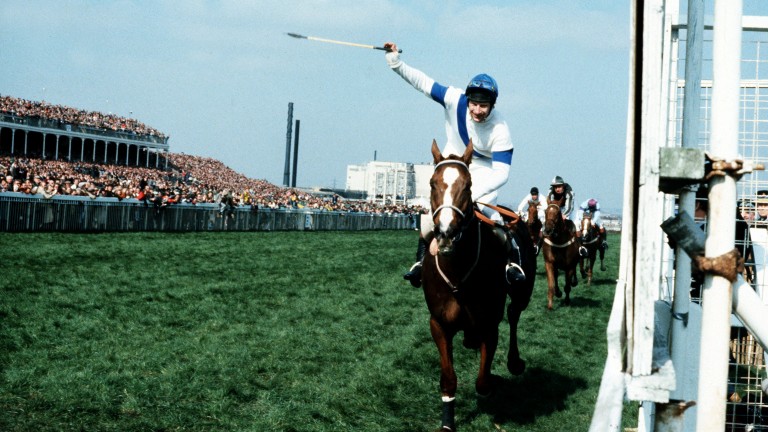 What is good about it? The story is treated faithfully and sensitively, without lapsing into sentimentality. The race sequences are more realistic than in most films about the sport and John Hurt gives his usual masterful performance, especially in the harrowing scenes in hospital.

What is bad about it? Hurt, at 43, was too old for the part. But that is just a quibble.

Should you watch it? Yes – after all, it is the best British film ever made about racing. It is genuinely inspirational, and if you can sit through the climax with dry eyes, you must have a heart of stone. Then watch a recording of the race on YouTube.
John Randall

What is the story? As much about hugely popular owner Penny Chenery (played by Diane Lane) as legendary horse ‘Big Red’. The pair, against all odds, take the racing world by storm in the face of family opposition and mounting financial pressure following her father’s death.

What is good about it? Secretariat’s Triple Crown sweep is receding down the gun sight of history; it is brought to life again here in a heartwarming, family-friendly Disney film that certainly evokes a now bygone era with a vivid (and fairly authentic) depiction of the 1970s racing world in the US. Nice touches include cameo appearances from the now-deceased Penny Chenery herself (in the crowd at the Belmont) and the horse’s garlanded biographer writer Bill Nack (in the press melee) – there is quite a few laughs, too.

What is bad about it? It is a drama and not pretending to be any sort of documentary, so it makes no sense being too sniffy, but they do play fast and loose with the facts. The absence of 1972 Kentucky Derby winner Riva Ridge, the horse who really saved the farm, is notable and while Secretariat’s arch-rival Sham did indeed finish in front of him in his Derby trial at Aqueduct, he did not win the race,  Secretariat’s stablemate Angle Light was in fact the victor. There is more than one caricature as well – not least John Malkovich’s comic turn as trainer Lucien Lauren. Did he really do an ass-bumping routine with Mrs Chenery?

Should you watch it? Probably. Do not take it too seriously and it is  quite enjoyable; as long as you can stand a schmaltzy version of events plus the odd homily here and there, it serves as a useful reminder of one of the sport’s folk heroes. Either way, the kids will love it.
Nicholas Godfrey

Find out how Britain and Ireland’s runners fared on both days...

Fran Berry column: Choosey the best chance of the weekend –...