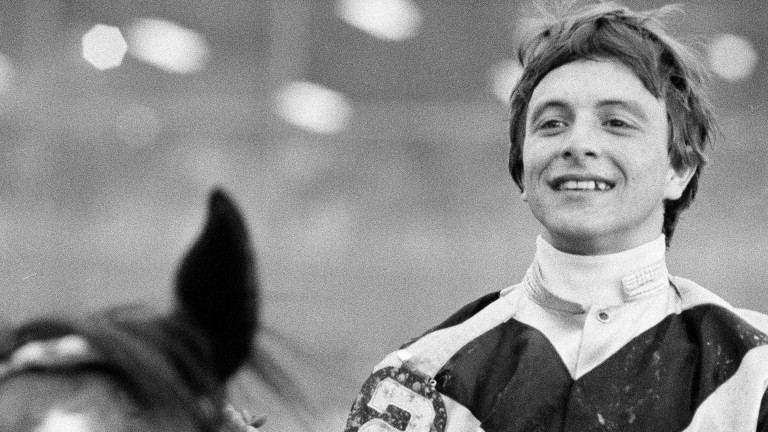 Ronnie Franklin, the jockey who rode the great Spectacular Bid to win the first two legs of the Triple Crown in 1979, has died after a battle with lung cancer. He was 58.

Baltimore-born Franklin burst on to the racing scene as a teenage superstar when he won an Eclipse Award in 1978 as champion apprentice after partnering Spectacular Bid to seven victories as a two-year-old for trainer Bud Delp. He rode 262 winners that season, having ridden in his first race only in February.

The following season Spectacular Bid was widely expected to complete a Triple Crown hat-trick after Seattle Slew and Affirmed, only to fail in the Belmont Stakes in controversial circumstances.

After stepping on a safety pin on the morning of the race, Spectacular Bid was aggressively ridden by Franklin to chase a no-hoper and claim the lead at halfway. The jockey was widely criticised for an impatient ride after his mount faltered in the closing stages to finish third behind Coastal.

The jockey was replaced by Bill Shoemaker after the Belmont on the horse his trained famously dubbed “the greatest horse to ever look through a bridle”, who went on to win 12 of his remaining 13 career starts.

Franklin spiralled into a shocking fall from grace, never riding another Grade 1 winner and suffering a well-documented drug addiction. His licence was revoked by the Maryland Jockey Club in 1992, and he retired with 1,403 wins for prize-money earnings in excess of $14 million.

editor - April 15, 2018
0
But it was a trusty Ryanair flight that the duo made their way onto and the airlines boss had a pleasant surprise for...

Liam Payne arrives in Australia ahead of his performance for the...