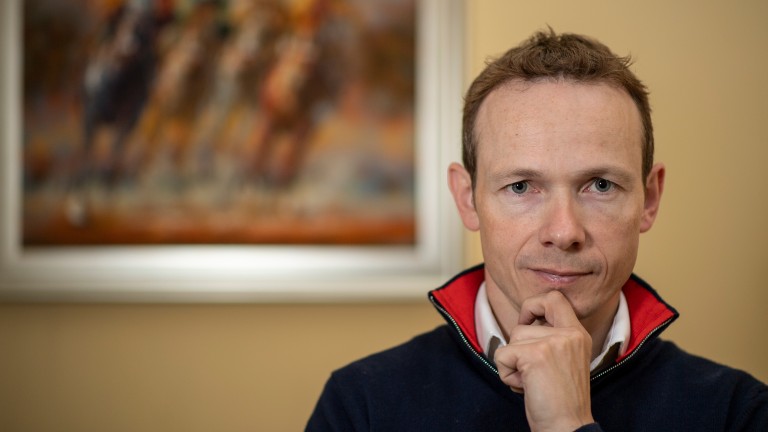 Jamie Spencer: making the most of his holiday

Jamie Spencer is in action at Gulfstream Park on Sunday, where he rides four-year-old Stormy Atlantic gelding Bantu for Brendan Walsh.

Spencer, who is holidaying in the Fort Lauderdale area, has been riding out for Wesley Ward – who has promised him rides aboard Coolmore and Fitri Hay-owned horses in the near future – at Palm Meadows training centre.

Walsh, who is also Irish, has been friends with Spencer since they were children, so teaming up with the 38-year-old was a natural decision. “Jamie loves it here,” he told Daily Racing Form.

“He’s mostly doing it to stay fit for when racing resumes overseas, but also because he enjoys the weather and the lifestyle.”

Walsh has also offered Spencer the ride aboard Dubara, a mare owned in partnership with Qatar Racing, in the $75,000 Marie Krantz Memorial at Fair Grounds on Saturday.

Spencer is no stranger to North America, having ridden nine Grade 1 winners across the continent, including three on Cape Blanco, who won the Man o’War, Arlington Million and Joe Hirsch in 2011.