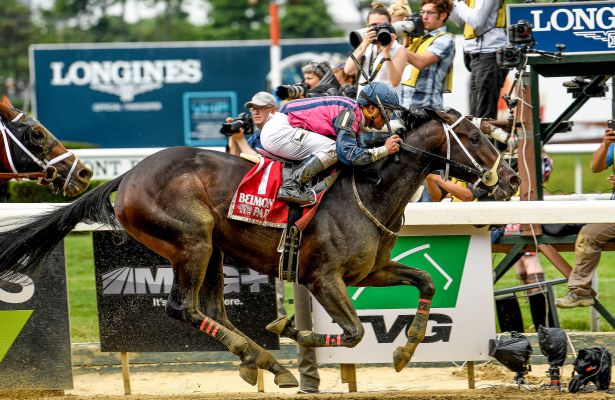 Undefeated Laurel Park-based 2-year-old Our Braintrust, upset winner of the Tremont Stakes at Belmont Park last time out, is likely headed back to New York to make his graded debut next month.

Trainer Cal Lynch said between Friday’s races that Our Braintrust, a Maryland-bred son of Freud he co-owns with Stanton Smith Jr., is being pointed to the six-furlong Sanford Stakes (G3) July 21 at Saratoga Race Course.

“The plan right now is the Sanford,” Lynch said.

Our Braintrust returned to the work tab with a half-mile breeze on Wednesday at Laurel under Lynch’s son and assistant, Charlie, ranking fourth of 21 horses with a time of 48.40 seconds.

It was the first work for Our Braintrust since rallying boldly up the rail to take the 5 ½-furlong Tremont by three-quarters of a length in 1:04.41 June 8 at odds of 10-1. Our Braintrust won by the same margin in his debut, a 4 ½-furlong maiden special weight May 3 at Laurel.

“He came out of the work pretty good,” Lynch said. “He worked great, very easy … and he came back bucking and squealing and all systems are go. He’ll work again this week Wednesday or Thursday and we’ll backtrack from there.”

Lynch purchased Our Braintrust for $25,000 during Fasig-Tipton’s Midlantic fall yearling sale last October at the Maryland State Fairgrounds in Timonium. Ridden by Jorge Vargas Jr. in debut and Hall of Famer Javier Castellano in the Tremont, he has earned $116,640 in purses.

editor - March 31, 2018
0
Watch how Mendelssohn trounced his rivals in the UAE Derby at Meydan plus an interview with winning jockey Ryan Moore.By Racinguk.com staffMendelssohn was...

Officials Close Track In Sicily Because Of Organized Crime Influence –...