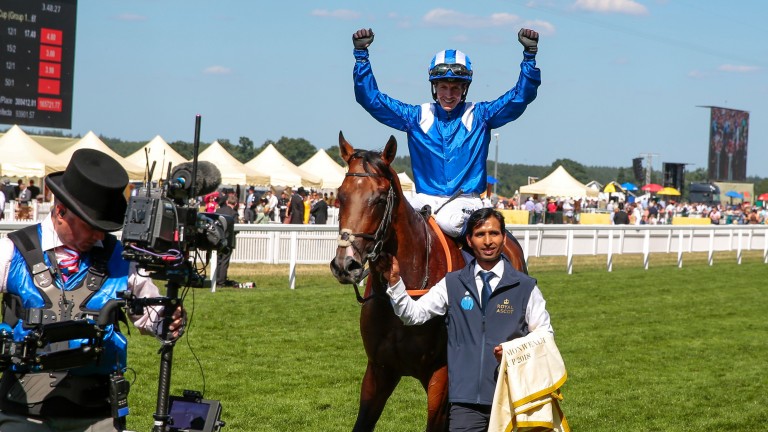 You need a fast horse to win the Commonwealth Cup. Fortunately, Sir Michael Stoute knows all about speed. He often deploys it impressively to escape a television camera or journalist.

The great man did so again here, but only after Eqtidaar continued a wonderful week for the most successful trainer in Royal Ascot history.

Stoute’s third winner of the meeting, and 78th in total, had won only the first of his four career outings heading into the three-year-old sprint championship but Angus Gold, racing manager to owner-breeder Hamdan Al Maktoum, made clear on the contest’s eve that Stoute still had “plenty of time” for the son of Invincible Spirit. 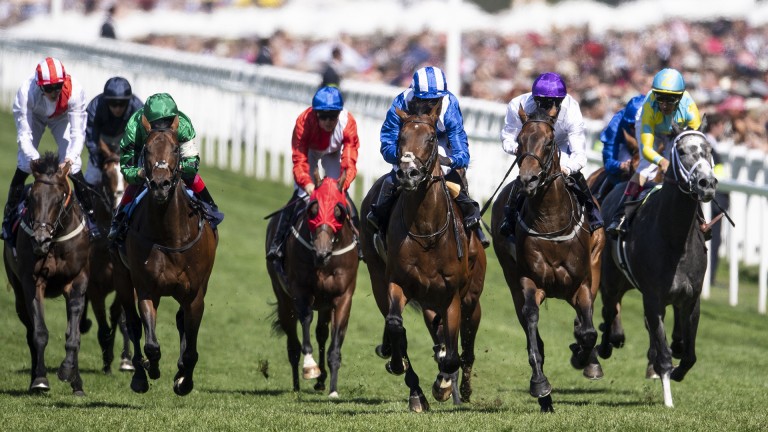 It became obvious why when Eqtidaar came out on top in a 22-runner Group 1 prize, in which Jim Crowley’s mount drifted left from the far side of the track under pressure but with sufficient momentum to hold off the powerful late surge of Sands Of Mali.

The horse who finished first was naturally the last to return to the winner’s enclosure. While awaiting his arrival, Stoute was spotted by ITV’s Oli Bell, who advised the master trainer he had something in his teeth. 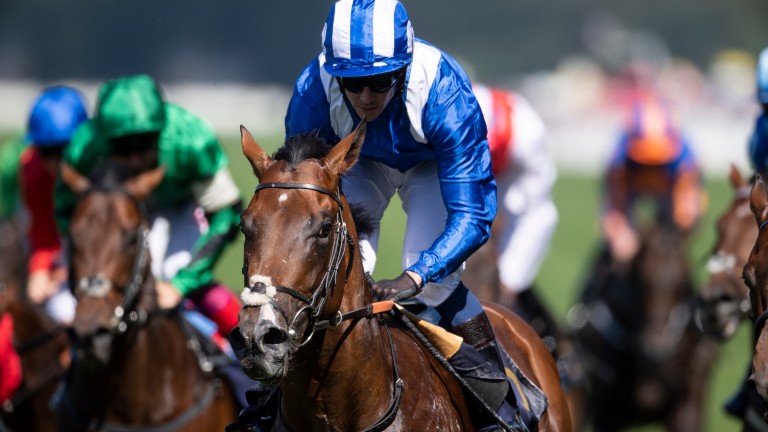 “I can’t talk then,” said Stoute before attempting to do one of his rapid standing starts. At Bell’s request, however, he talked to the nation.

“We’ve always liked this horse,” said Stoute. “I thought the first time he ran here in the Pavilion it just didn’t go quite right for him and then at Newbury he was on the wrong side of the track.

“He was beaten at halfway as he was too far out of his ground the way the race panned out.

“He worked very well at the weekend under Jim Crowley so we were hopeful.” 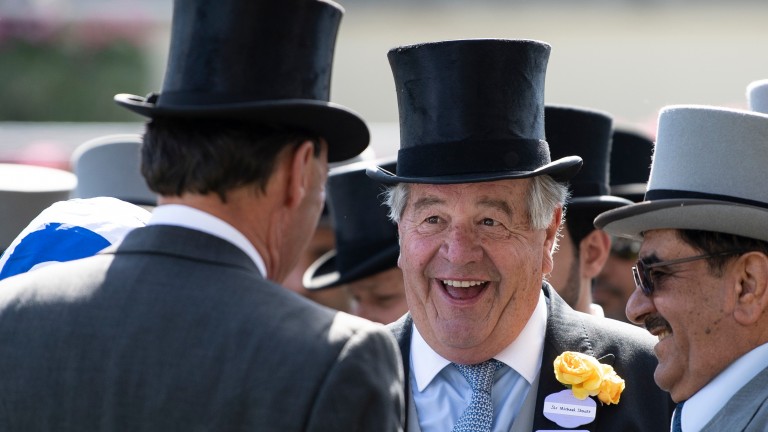 Sir Michael Stoute, Sheikh Hamdan and Angus Gold are in good form after the Commonwealth Cup

Very nicely indeed, as Crowley, who had ridden three seconds at the festival prior to the Commonwealth, was able to testify.

After describing Stoute as “a genius”, Crowley said: “I knew Eqtidaar had potential. He’d been working fantastic at home and I knew today he had a great chance. He’s progressing all the time and I think he’ll keep improving.”

Also improving is Sands Of Mali, who simply ran out of racecourse, to the frustration of his owner, Scunthorpe United chairman Peter Swann.

“I think the ground has beaten him,” said Swann. “I’m disappointed not to win because he’s not been beaten that far, but he has finished second in a Group 1 at Royal Ascot, and that’s the best we’ve had for a while. We think the Prix Maurice de Gheest is made for him.”

Sheikh Hamdan, who has possibly never yet visited Scunthorpe, will ultimately be the one who decides where Eqtidaar heads next, with Stoute noting future plans will be determined by the gentleman who pays the bills.

“I think he liked the ground today,” said Sheikh Hamdan. “In his previous races he was held up behind and didn’t quicken like a sprinter but lengthened. Today Jim asked him to be very close to the front and the result was better.”

Asked for a few words about the trainer who orchestrated that result, Sheikh Hamdan added: “I have congratulated him on the record. I wished him good luck.”

That was a kind thing to do – but when you are a genius like Stoute, not too much luck is required.

Jockey remains on life support after ‘sickening’ accident at Parx

Three longshots to fill your pockets on Friday, July 27