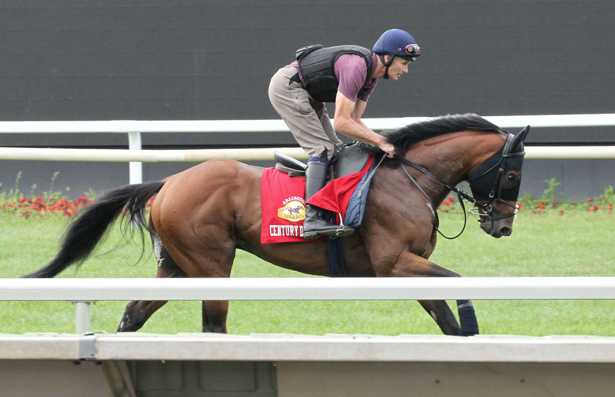 Saturday’s Grade 1 Arlington Million includes a number of overseas starters, but none of which appear to be pace types. That leaves little doubt that morning line favorite Oscar Performance will inherit the early lead from the outside post.

This race sets up well for him, he is lightly raced, and he doesn’t face any real world beaters here. That said, while he is a clear “A” horse in wagering, Oscar Performance offers no value. Rather, Horse Racing Nation’s Super Screener handicapping system has honed in on another contender as the top Arlington Million win pick.

What’s offered here is a small sample of the full product, which also handicaps Arlington’s Grade 1 Secretariat and Beverly D., along with other top races this weekend.

For value, we turn to what looks like the best of the European contenders, Century Dream. This 4 year-old colt with plenty of upside has won of six of his last 10 starts and rarely misses the Superfecta. The colt competed in a very salty edition of the Group 1 St. Anne Stakes at the Royal Ascot meeting back in June and finished a brilliant, close-up fourth against some of Europe’s best.

Century Dream has won at Saturday’s distance, too, and the Super Screener indicates that he is probably better suited to more ground. He should track a similar modest “European-style” pace set up here against which he has had success. Look for Century Dream to secure an ideal stalking position, keeping pace-setter Oscar Performance within his sights. First-time Lasix only helps — very strong win contender.

For each Super Screener race, we include full-field analysis and recommended wagers. Get a handicapping advantage today!

Lancaster horse-racing track plans out of the gate