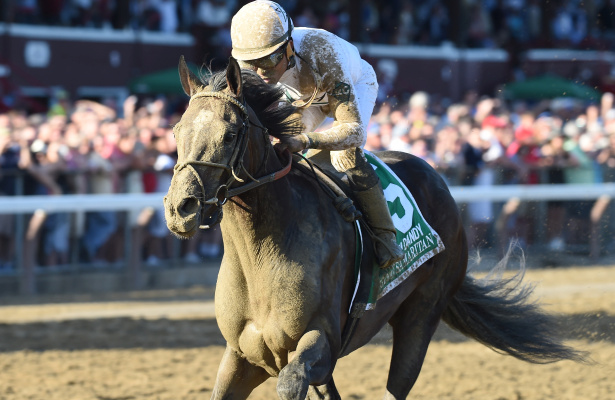 Several horses that ran on the July 7 card at Belmont Park posted lifetime tops, including Diversify and Firenze Fire. Those results need to be taken with a grain of salt. They could be too good to be true.

In addition, Diversify needs time between races for his best. Not only is he coming back in 30 days, but it is his fourth race without a break. Owners may want to run, but I’, not convinced the trainer wants to run so soon.

If you can toss Diversify, then the Whitney becomes a wide-open, chaotic affair, where we’re looking for some value with the Super Screener’s recommended wagers.

What’s offered here is a small sample of the full product, which will also handicap Saratoga’s second Saturday Grade 1, the Test, as well as the West Virginia Derby and a handful of other top stakes around the country.

In the Whitney, there will be pace pressure, and this will benefit both Good Samaritan, who won the Grade 2 Jim Dandy last year at Saratoga, and the super longshot, Discreet Lover. Both horses are being highly rated by the Super Screener, and even if you like Diversify, then it would be wise to include them under that choice.

Tapwrit has been pointed to this race, and he is likely to offer value as well. Connections are experimenting with Mind Your Biscuits, but experiments don’t usually end up going well in horse races. He is a one-turn specialist that is best going 6.5 furlongs to a mile. Also, McCraken will improve off that last effort and he is a colt you need to include “under” in your wagers here.

For each Super Screener race, we include full-field analysis and recommended wagers. Get a handicapping advantage today!

editor - December 22, 2017
0
On a splendid Christmas card at Ascot on Saturday, UNOWHATIMEANHARRY looks the classiest act on show and can repeat last year's win in...

Horse racing on the beach for 150 years

9 things I learned about harness racing