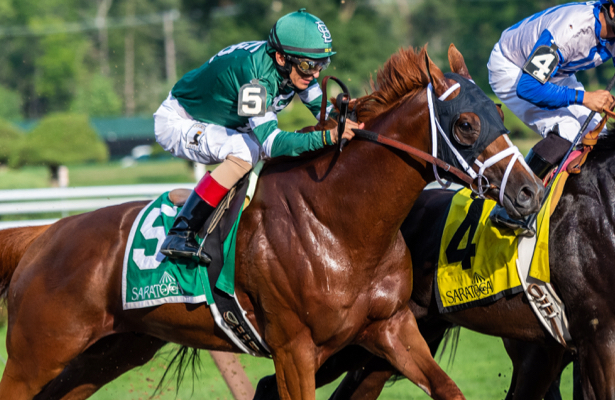 Horse Racing Nation’s Super Screener handicapping system will side against Good Magic and Gronkowski for the win spot in Saturday’s Grade 1 Travers Stakes, however, going with the contender from one of Brown’s top New York-based rivals. 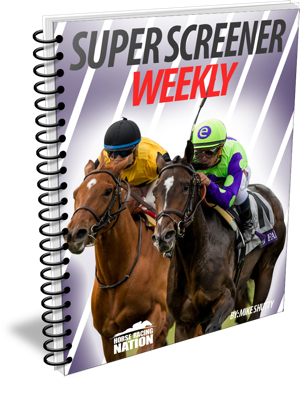 What’s offered here is a small sample of the full product, which will also handicap other Grade 1 events on Saturday’s loaded card at Saratoga.

The Super Screener’s top Travers win and value pick goes to Vino Rosso, who’s 10-1 on the morning line. Trainer Todd Pletcher has always been clear that the Belmont Stakes and the Travers Stakes were this colt’s summertime targets.

Next to Justify he ran the best race in the Belmont Stakes having positioned close to the pace, then finishing evenly after making a run at the Triple Crown winner through the turn. The other two who beat him, Gronkowski and Hofburg, both sat off the pace that day.

Vino Rosso’s last-out effort in the Jim Dandy Stakes was deceptively good as the top two finishers, Tenfold and Flameaway, ran 1-2 throughout in the compact field of five through moderate fractions. That pair was clearly tiring as Vino Rosso closed into them and then moved by past the wire.

The 1 1/4-mile distance is right in Vino Rosso’s wheelhouse, and he projects to be sitting on a new lifetime top.

Note the alternating pattern of his races: top followed by a regression followed by another new top with big jumps following those “off” races.  The same pattern projects to continue.  When he is at his best, Vino Rosso distributes energy in a balanced way, which works to his advantage here given the modest pace projected.

We’ll let the final odds guide us, but at this early writing it seems apparent that there is value to be had with this Curlin colt.

Included for each Super Screener race are full-field analysis and recommended wagers. Join in to get the handicapping advantage today!

Pennsylvania Officials Strategizing Ways To Get People Through Racetrack Turnstiles –...

Ruby Walsh searching for a superstar among talented crop of novices...