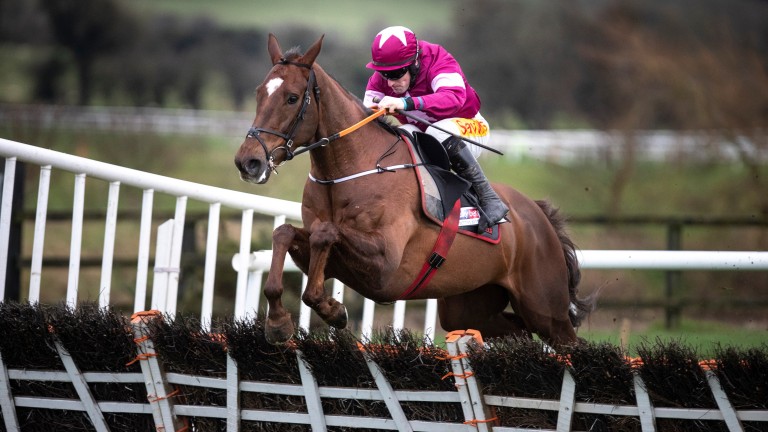 Felix Desjy may have been disappointing since winning on his hurdles debut at Galway in October, but he bounced back to form with a dominant display in the Grade 2 Moscow Flyer Novice Hurdle at Punchestown on Sunday to set up a tilt at the Supreme Novices’ Hurdle.

Felix Desjy, who was giving trainer Gordon Elliott a first win in the race, was cut to 16-1 (from 40) for the Cheltenham Festival opener by race sponsor Sky Bet.

Sean Flanagan picked up the ride on the six-year-old after intended partner Davy Russell was reported to be sore after taking a heavy fall earlier on the card and missed his remaining rides.

Felix Desjy and Flanagan were allowed to make their own running and powered away from the field for a five-length win from Jetez, with a 13-length gap back to Harrie in third.

The Moscow Flyer has been won by some stars, including Kicking King, Vautour, Douvan and Min, but Felix Desjy has not so far shaped like he belongs in that elite sphere, and quotes of as big as 25-1 for the Supreme underline that. 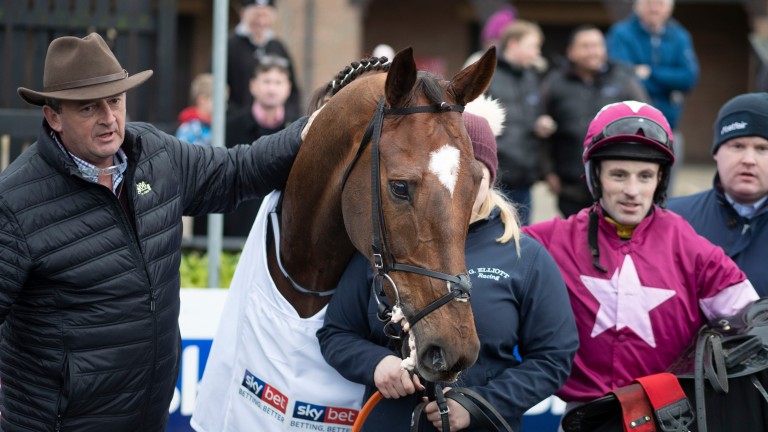 That race is his target, however, and Elliott said: “He disappointed us a few times since winning his maiden at Galway and letting him stride on like he did today could be the key to him. Sean said he kept galloping all the way to the line.

“He might run at Leopardstown on Dublin Racing Festival weekend and I’d imagine the Supreme Novices’ will be the race for him at Cheltenham.

“Keith Donoghue rode him at Limerick last time and said he kept backing off the EasyFix hurdles there.”

Willie Mullins had won the race five times in the last six seasons, but 9-4 favourite Buildmeupbuttercup, one of two runners in the race for the trainer, was never able to get involved and finished a well beaten fifth of six.

She was examined by the IHRB veterinary officer and was reported to be “blowing hard” post-race.

editor - November 27, 2018
0
Mister Whitaker can warm up for a possible crack at the BetVictor Gold Cup by making a successful return to action in the...

Down Royal: Confusion over NI racecourse’s future after conflicting statements