Gordon Elliott’s eight-year-old landed his third Cheltenham Festival success in the Cross-Country Chase last month, to go with previous victories in the Triumph Hurdle and National Hunt Chase, and was among the market principals for the world’s most famous steeplechase.

Russell cut a confident figure throughout the four-and-a-quarter-mile contest on the 10-1 shot and cruised to the front in the home straight.

But just when he looked to have victory sewn up, the Willie Mullins-trained Pleasant Company, who had been ridden prominently and jumped boldly, came with a late rattle to almost join him on the line.

However, after a brief wait the judge confirmed Tiger Roll the narrow winner. Bless The Wings, the winner’s stablemate was third, and Anibale Fly was fourth, as Irish runners dominated.

Russell dedicated his victory to leading Flat jockey Pat Smullen, who was diagnosed with a tumour last month.

He told ITV Racing: “I was afraid he wouldn’t take to it as he’s very economical with his jumping. They’ve done a marvellous job with this horse. This one is for Pat Smullen. I was speaking to him the other morning and he’s as tough as nails. I really don’t know what to say.” 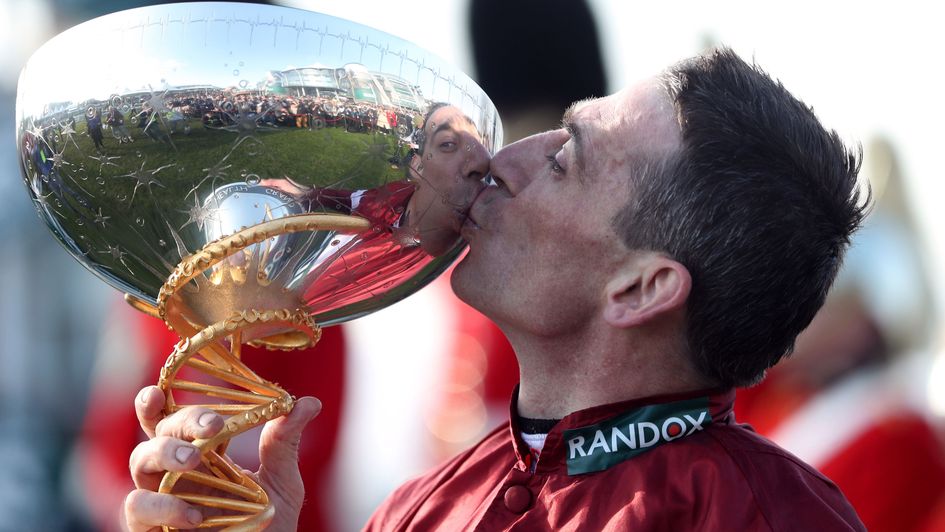 Elliott said: “I was nervous. I thought I had it, but you’re so nervous watching it. I said I didn’t appreciate the first time round. I’m definitely going to appreciate it now. It’s great for my family and everyone at home.

“He’s an unbelievable horse. I was fighting with Michael O’Leary telling him to keep this horse at Gigginstown when he retires and he said he wasn’t good enough. He’d better keep him now!”

He added: “At one point I said he wasn’t good enough and at one point retirement was an option, but I’m very lucky to be training for the O’Learys.

“It’s unbelievable for Davy Russell. He’s lost his mother and I’m sure his father Gerry is very proud at home watching. He had a new baby last week, too. Coming here I was really worried about the ground. All the way round I couldn’t believe how he was going.” 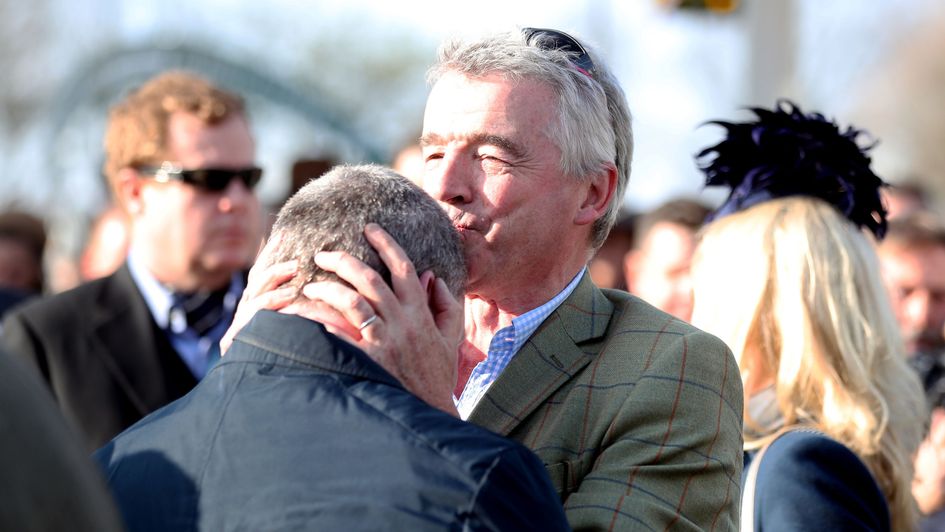 Pleasant Company, ridden by Rule The World’s partner David Mullins, jumped with elan on the front end, but looked booked for minor honours when Tiger Roll strode clear. But the leader began to falter as the post loomed and Pleasant Company was finishing like a train. There was just a head between them at the line.

Bryony Frost, riding in the race for the first time, fared best of the three female jockeys, coming home fifth aboard the Neil King-trained Milansbar.

Three longshots to fill your pockets at Brighton, Perth, and Newton...

editor - September 10, 2018
0
SMALL fields are the theme on Monday but that's not to say there aren't some big priced winners to be had. We've had our...