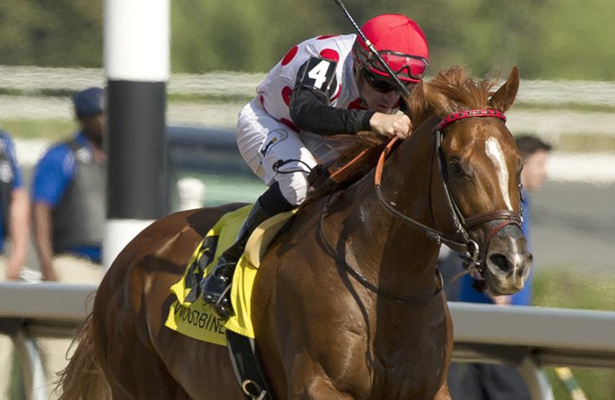 Saturday’s $200,000 Sunshine Millions Classic features a competitive field of eight runners. The pace should be honest and the favorites have some questions to answer going 1 1/8 miles. Before choosing how to bet Saturday’s 11th race from Gulfstream Park, let’s analyze the field:

#8 Souper Tapit (2-1) exits a big local flat mile win in a race originally scheduled for turf. He landed the place in both starts at this distance over the summer at Saratoga and projects a wide stalking trip. He might end up losing too much ground from the outside post.

#1 Dalmore (4-1) has speed and will likely try to secure the early lead from the inside post under Irad Ortiz Jr. He hung in there throughout in the Richard Small Stakes at this distance last time but is 0-for-5 overall at nine furlongs with three runner-up finishes. He cannot be trusted to run two alike.

#6 Noble Drama (8-1) might love the added ground. In his three longest races, he rallied to win a restricted stakes affair at Tampa Bay last May (1 mile 40 yards), he got up late to win a restricted flat mile stakes event at Gulfstream in September, and he was gaining late in a show finish in a state bred stakes race at Gullfstream West in November (8.5 furlongs). The improving 4-year-old gelding gets pace to chase and might wear the down late.

#2 Forevamo (6-1) ran well in his last two starts at this distance including a head victory in the Zia Park Championship. He should save ground stalking the pace under Javier Castellano.

#3 Transistor (30-1) is capable of impacting the pace, but he owns the lowest numbers in the field and looks overmatched.

#4 Mr. Jordan (3-1) is 1-for-17 at Gulfstream (eight minor awards) and 0-for-5 with four underneath finishes at this distance. Jose Ortiz hops aboard the stalker and he can be used underneath.

#5 Weisser (15-1) should be forwardly placed but might have a hard time keeping up with this group at a mile and an eighth. The 3-time local winner appears best up to one mile.

#7 Jay’s Way (10-1) gamely wired the field in this event last year but failed to show that kind of form in his last four starts. He meets other speed and might be a pace casualty.

editor - June 5, 2018
0
Tuesday’s best bets, by Chris Cook ITV Racing is hoping to benefit from sports-hungry viewers next month when the first blank day of the...