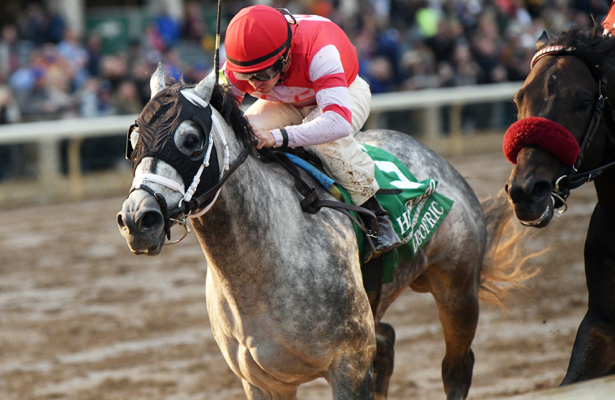 Only a head separated Leofric and Prime Attraction on Saturday in Keeneland’s Fayette Stakes (G2), with the tight finish reason enough for both to move forward to a bigger spot in their next starts.

“It’s back a little quick, but ultimately we’ve just got to see how he comes out of it the next few weeks — breeze him a time or two and just let him tell us if he’s ready to bounce back that quick,” Cox said. “If not, we won’t press him.”

Leofric is a late developer who has been aided by a light schedule, Cox said, as he gave the 5-year-old son of Candy Ride nearly two months between his third in Saratoga’s Woodward (G1) and the Fayette. Going back three starts, the Steve Landers Racing runner registered Mountaineer’s West Virginia Governor’s Stakes (G3) as his first stakes win.

“He’s rewarded us with the time between races, so ultimately it will be up to him,” Cox said.

Leofric has won seven of his 10 career races in Cox’s care. In the process, he’s transformed from a closing type to a more tactical runner. In the Fayette, the gray sat second as Prime Attraction cut fractions of 24.80 and 48.97 in the mud before pulling alongside his rival leaving the far turn.

“He’s just back and forth, but lately he’s been a little bit more forwardly placed and he’s had some success doing it,” Cox said, “so that’s what we’re going to stick to for the time being.”

Others so far mentioned for the Clark include Breeders’ Cup Classic contender Mind Your Biscuits and Hawaakom, the 8-year-old Wes Hawley trainee currently based at Churchill. Nominations for the race are due Nov. 10. Seeking the Soul, another Breeders’ Cup runner, won the race last year.

editor - June 8, 2018
0
CLOSE SportsPulse: USA TODAY Sports' Dan Wolken on why Justify isn't expected to win the Triple Crown, and the other...

Review of the action from Friday’s meeting at Newmarket – Horse...