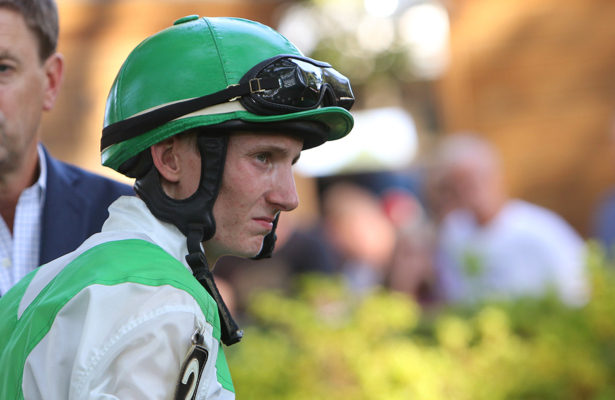 Jockeys Trevor McCarthy, Horacio Karamanos and Jomar Torres were each taken to the hospital for evaluation following a three-horse spill during Friday’s sixth race.

McCarthy and Torres were removed from the track by stretcher and transported to Sinai Hospital in Baltimore. Karamanos was up on his feet after the incident but was taken to Prince George’s Hospital Center in Cheverly, Md.

The spill happened on the far turn in the $35,000 maiden claiming event for 3-year-old fillies when Tuffy’s Way stumbled and fell while racing third, sending McCarthy to the ground near the rail. Lucky Dilly, with Karamanos aboard, were right behind and tripped over the fallen horse.

.@CBredar provides us with a update about the spill that took place at Laurel Park in race 6. pic.twitter.com/KeZHdBqi8l

McCarthy and Torres were replaced on their remaining mounts, while Karamanos was not named on any horses after the sixth.

Three longshots to fill your pockets on Tuesday, July 10