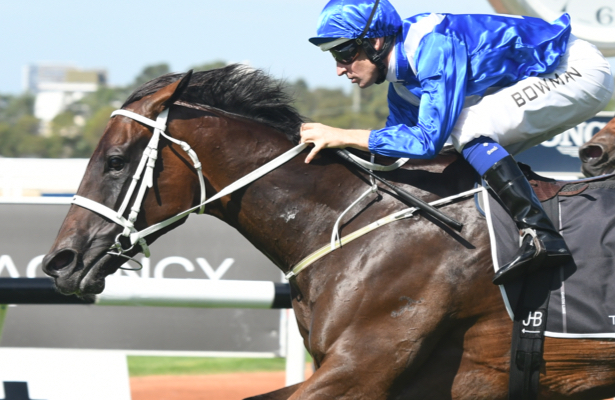 The time trainer Chris Waller and jockey Hugh Bowman spend with Winx is running down, but the two have found ways to manage it, along with the pressure of campaigning a mare that has won 29 straight races.

Following the 8-year-old daughter of Street Cry’s first trial of 2019 on Tuesday morning at Rosehill Gardens, the pair repeated that they’re taking this season one race at a time, that any race could be Winx’s last, and that they’re not looking too far into the future.

“Certainly Hughie and I are focused on getting her ready for a first run, first and foremost, and everything looked pretty good to me this morning,” Waller said.

Winx was a bit slow to start but glided down the lane, passing a few horses along the way. She rarely contends for a win in the trials, essentially a group workout. The old pro seems to know when the real running begins.

“She really does save it all for game day,” Bowman said.

After the trial, connections announced that Winx would not be nominated for the March 16 All-Star Mile, in which fans vote on contenders, with Waller saying the mare’s popularity could “hinder on the makeup of the field when it is unlikely she would take her place in the race.”

For now, Winx is being pointed to a season debut in the Feb. 16 Apollo Stakes at Royal Randwick. Beyond that, there are no firm plans.

“It’s one race at a time more so now than ever before,” Waller said.

Connections insist she’s the same old Winx, who’s the world’s record holder for career Grade/Group 1 wins and also tied with Europe’s Cracksman atop the Longines World’s Best Racehorse rankings ahead of next week’s announcement of a winner.

“I think her best work was certainly as she went past the winning post and beyond,” Bowman said of Tuesday’s trial. “Look, her action was great. Her mannerisms — if anything probably more relaxed than usual, which she showed signs of in gallops leading into the first trial.”

Sam can get rivals in a spin at Ascot

The big appointments in Welsh business