I think he’s won with plenty in hand to be honest. He’s very laid back but I don’t know why he jumped like that late on. He’s improved for the wind operation. This was an ideal race for him and I hope he can go on from here..

This was below par for him and I was disappointed on the day. He ran okay but we’re going to look at a few things that I need to sort out. He wasn’t moving his best and I am getting his wind checked but we found he’s suffering a bit from ulcers so will have that treated. He’s better than that run as he normally hits the line but he didn’t quite do that. I’m willing to put a line through the form and give him a good break now. We’ll throw everything at him and try and get him ready for the County Hurdle at Cheltenham in March. There’s still a chance he could have a big say in a race like that off a mark of 150. It wouldn’t be easy, but we know he likes Cheltenham and he’s very capable when he’s right.

He’s always shown he’s got a big engine. He came from Willie Mullins and we wanted him to run in the big handicaps for us. It’s taken a bit of time to get him into our routine to be honest but he’s a big bull of a horse and can be keen in his races. Daryl gave him a top-class ride and it was really good to get another win into him. You get a bit of satisfaction with these horses, for sure, as Willie is the best of the best and while he’s not quite up to their top level, he’s a horse we can definitely work with. If you can find the key to them then it’s great and we had some fun with Tranquil Sea who we got from Ireland a few years ago and we also have ex-Gigginstown horse Ganstar in the yard as well now. He’ll be out soon hopefully. If you’re willing to take a chance on them then it can pay off as they’re classy animals. Dicosimo has gone up 4lb and we’ll look again but he could be a Haydock specialist.

She was great and has been a bit of a slow burner. She ran no race at all at Huntingdon last February but we gave her a break and then the ground had gone. She ran well at Lingfield when second to Giving Back and we thought she’d improve for that. She travelled well and beat two well-fancied horses the other day. She showed real battling qualities, very much like her brother (Western Ryder) when he’s on song. Harry (Teal, jockey) could barely pull her up. We’ll look now and we might look at a Listed race at Sandown (Saturday before Cheltenham) and there’s a mares’ race at Aintree later on. They could be the main targets. I’m not convinced we need to go hurdling straight away with her and a bit of black type would definitely be the aim for the owners.

She had every right to win and she’s very straightforward. She jumped great and the step up in distance suited her. She’ll have a little break now and we might well look at the mares’ final at Newbury. Richard (Johnson, jockey) said she’d need soft ground if we’re to go for that and she’ll improve for another summer. She’s doing well but she’ll grow up again I’d have thought.

I really like this horse and I’m very, very keen on his future. He had a few issues earlier and we rode him a bit sympathetically at Wetherby – he came through to challenge and then he got tired. It was great to see him build on that and I always think Exeter bumpers are good. We’ll look to mind him and aim to win a similar bumper with a penalty and then put him away. He’s got the most amazing attitude and he just gets on with his work. I’m hopeful he’ll be mixing in really good company in novice hurdles next season. 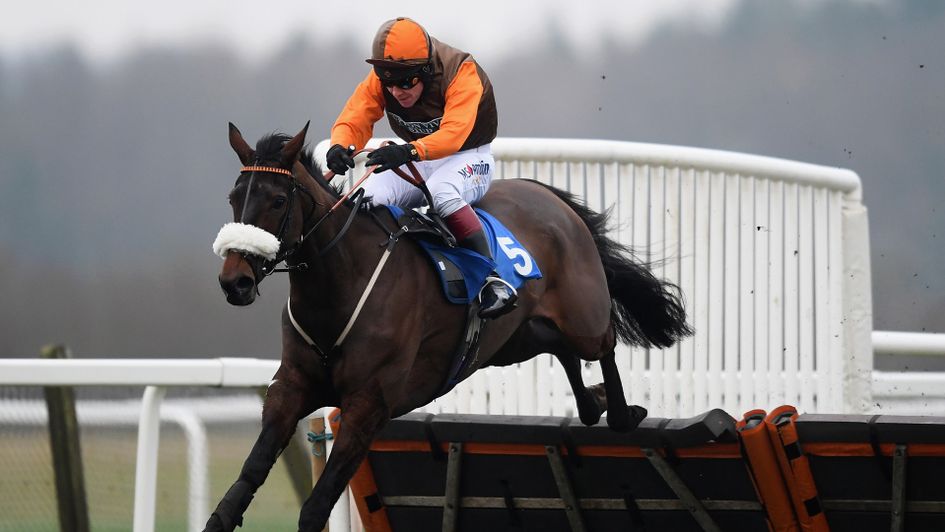 He’s had a wind operation since his last run and that race has worked out well. He’s had a break and back at Hereford he should take a bit of beating. He’s been a real character but maybe that was the wind issue affecting him. If all goes well here I think we can hopefully then move forward. He was much better at Bangor and he’s reunited with Gavin (Sheehan) for the first time since his maiden hurdle win. It’s a shame Adrian Heskin is out injured at the moment but it’ll be good to get Gavin’s thoughts.

I like this horse a lot. He ran well first time when beaten by Getaway Trump. We went to Warwick and he just didn’t finish off well enough. He came back with a sore back and I suspect it was bothering him. We’ve sorted that out and he should have a good chance.

She won well the other day. She hasn’t done a lot since then but Ed (Greatrex, jockey/son) said she’ll handle the step up in trip. She’s 2lb better off compared to her future mark and while she hasn’t got a great draw, over two miles it should be fine. Ed is doing very well and has struck up a great partnership with Archie Watson. His twin brother Tom is there as well and they’re both working hard and doing well. Archie knows what he’s doing and it’s obviously nice to see the boys most days as they’re in Lambourn too. The owners had Bailarico rack up a sequence last year so are clearly jammy! They had Great Return last winter too and they like these dual-purpose horses.

He’s had a couple of starts over hurdles and jumped well enough last time. It probably has a lot to do with the ground. He likes the surface and has run around Lingfield before. It’d be good if he can compete in the AW Championships and maybe find his way to finals day but we’ll see how he goes.

We need a bit of rain for Bob, but I’d be keen to get him out. He’s come on nicely since Chepstow.

Emitom or The Wolf will run in the Ballymore Novices’ Hurdle trial at Cheltenham, it’ll be one or the other I suspect. Emitom only ran last Tuesday and it’s all about how he is this week. He seems in very good form. I only put him in as it might help to give him experience to go to Cheltenham if we’re thinking about the Festival. If he doesn’t run here then I could look towards Huntingdon. We all try and wrap them in cotton wool but sometimes you have to bloody them a bit first before the battle. If he’s not up to it then we’ll have to go elsewhere. He’s been to Henrietta (Knight) a couple of times to help his jumping but I’m half hoping he’s one of those horses who just concentrates better in hotter competition. I think I’ve got the level of ability in my head that he’s at. We won the World Hurdle with Cole Harden who won races because he was tough, but this horse is so laid back. I have never trained a horse with Emitom’s ability that doesn’t seem to have a care in the world! I don’t think even I’ve seen what he can do just yet, he finds it all so easy. The Wolf wouldn’t disgrace himself but he’s taken a bit of time. There’s no point winning a small race with him and blowing his novice status so we’ll run in some good races now. If he’s still a novice next year then so be it. He’s another with a huge future. He ran very well at Newbury and could run a huge race at a big price on Saturday.

When I bought him this time time last year I never thought we’d be in this position with him. I wouldn’t know what level we’re at and he doesn’t show you a lot at home. He went through the race well last time and he stays strongly. The ground will be quick and the quicker the better in truth. In what could be not the greatest Grade Two because of the ground, he must have a chance. He’s in good nick anyway.

Bill That Would Provide $20M To Horse Racing Moving Forward in...