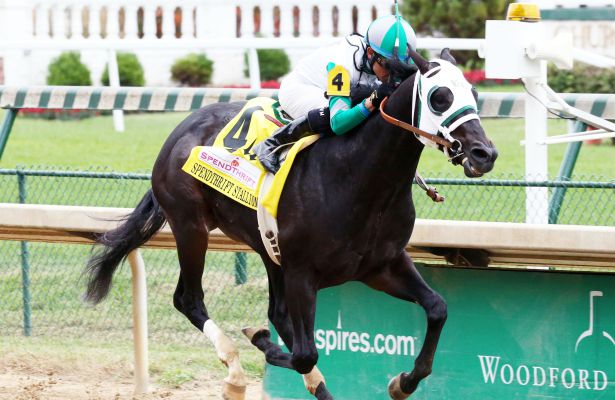 Churchill Downs Racing Club’s Warrior’s Club has raced on the grandest of stages throughout his 24-race career including the undercard of the Kentucky Derby (Grade I) and Belmont Stakes (GI) but the colt hopes to rebound from a disappointing effort in the Met Mile (GI) three weeks ago in Saturday’s $75,000-added Kelly’s Landing Overnight Stakes at his home track of Churchill Downs.

“This is quite the horse,” Hall of Fame trainer D. Wayne Lukas said. “These people involved with the club take so much pleasure in this horse that it makes it so much fun to be involved with. It is a wonderful concept and this horse is the real deal.”

Warrior’s Club was purchased by Lukas in 2016 for the Churchill Downs Racing Club and has since won five races and banked $614,504, most notably winning the $250,000 Commonwealth Stakes (GIII) at Keeneland in April.

“This horse is very special and has brought these great people together from all around the country,” Lukas said. “I’ve had some great moments in my career but nothing like it is for these people.”

Inaugurated in 2016, the club gives fans a chance to go behind the scenes in Thoroughbred ownership with exclusive club events for morning training, access to the paddock area for the horse’s races and complimentary admission to Churchill Downs. More than 50 people have joined other ownership groups, according to Churchill Downs Racing Club Manager Gary Palmisano.

Jockey Gabriel Saez picks up the mount on Warrior’s Club and will break from post six at odds of 3-1 on the morning line.

The Kelly’s Landing, which attracted a field of 10 sprinters, is one of three stakes races on Churchill Downs’ 12-race closing day card. The seven-furlong contest will go as Race 10 at 5:26 p.m. (all times Eastern).

On Aftercare: Who is Donner | TDN | Thoroughbred Daily News...