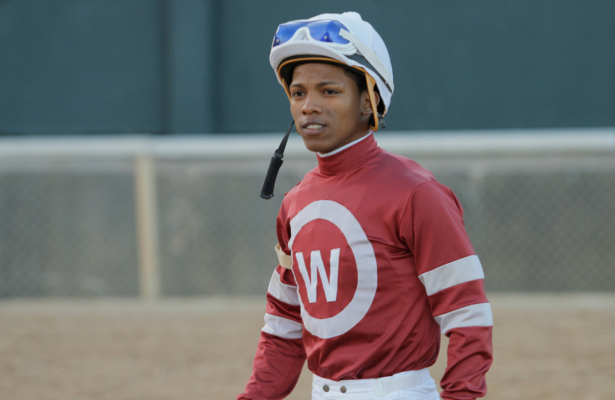 Throughout the first few weeks of the Fair Grounds meet, racing fans have been fortunate enough to see some young and promising talent on display. One recent, nice-looking juvenile to score a win at the New Orleans oval was Wicked Indeed, who broke his maiden at first asking last Friday evening for Hall of Fame trainer Steve Asmussen.

Owned by Winchell Thoroughbreds, the 2-year-old son of Tapit is a full-brother to Grade 2 winners My Miss Lilly and Just Wicked.

“He’s a big pretty colt like all the other foals out of the mare,” said Winchell’s Racing and Bloodstock Manager David Fiske. “He’s a full-brother to two graded stakes winning fillies so we fairly high expectations for him. Everything that she produced of racing age is a winner.”

In his career debut, Wicked Indeed survived an inquiry for bumping with runner-up Chase The Ghost in mid-stretch. An odd occurrence took place during the stretch run when a black cat ran across the stretch at the sixteenth pole as the horses approached the eighth pole.

Wonder if the ??will get called into the @fairgroundsnola stewards’ office in the morning. Hope he isn’t ruled off! Meow. pic.twitter.com/fyg4SfRmpj

“I thought his race was one the more entertaining races of the year,” Fiske said. “The bumping resulting in the inquiry and there was the black cat that ran across the sixteenth pole. I guess that only happens in New Orleans.

“We thought he would run well, and he looked like pretty composed in the post parade. He always has been pretty laid back. He didn’t seem to mind the contact that much, just went ion about his business and ran through the wire.

“As far as I know he came out of the race well, we’ll have to see what’s available down the road.”

Wicked Indeed’s dam is three-time winner Wicked Deed, a daughter of Harlan’s Holiday who won the Tiffany Lass Stakes over the Fair Grounds main track as a 3-year-old. He was ridden to victory by jockey Ricardo Santana, Jr.