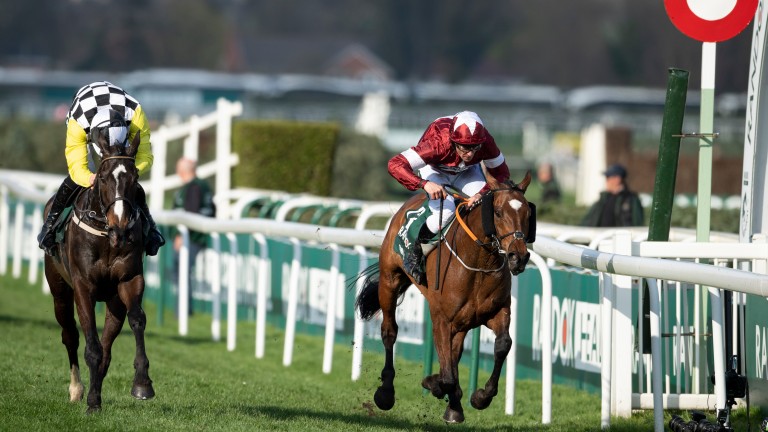 The failure of Theresa May’s deal in the House of Commons on Tuesday appears to remove the one hope for some stability for British racing in the whole Brexit process, at least in the short term.

Had MPs voted to agree the terms of the prime minister’s withdrawal agreement, then on March 30, the day after Brexit, racing would have continued much as before.

Racehorses and breeding stock would have been able to continue free movement between UK, Ireland and France, just as they had the previous day.

However, Parliament’s rejection of the UK’s withdrawal terms by a margin of 432 to 202 votes, a majority of 230, brings a no-deal Brexit another step closer, along with the potential for disruption that will bring.

As far as horses travelling from the EU to Britain is concerned, there should be no change in the short term under a no-deal situation as the same laws will apply before and after Brexit.

However, if the EU imposes border checks and controls then it could mean that those horses would find barriers preventing their return home.

Even worse, if the UK were not to be given ‘third country’ status by March 29 no exports to the EU could take place at all.

In a no-deal scenario racing could find itself in the eye of the post-Brexit storm with the Grand National taking place the next week, given the prospect that any Irish runners at Aintree might not be able to return home easily

It may not have been a coincidence that the subject came up in the Commons last week, when Labour MP John Mann asked, under a no-deal situation, whether the racing fans among his constituents would “be certain that Irish horses will get to the Grand National?”

Environment secretary Michael Gove replied: “The current free movement of equines would be harmed, although it would be protected by this [Theresa May’s] deal.”

Britain’s racing and bloodstock industry would not be the only one affected by no deal, with the border question a very serious one for Ireland, where the sport is governed and run on an all-island basis – to choose just one example.

The sport’s planning for a no-deal Brexit has been stepped up for some time as it has become increasingly clear that the prime minister’s deal was in trouble, but it is still not certain that those plans will have to be enacted.

May has three working days to come up with a Plan B before returning to parliament to give a statement on Monday, which could then be put to a vote.

However, the only certainty at this point is more uncertainty, with Labour leader Jeremy Corbyn tabling a vote of no confidence motion to be debated in the Commons on Wednesday.

The BHA released a short statement in reaction to the verdict on Tuesday evening. It read: “British racing, through the cross-industry Brexit Steering Group which is chaired by the TBA and includes representation from the BHA and Weatherbys, has been preparing for a range of outcomes and remains in dialogue with Government.

“We continue to monitor the situation closely and detailed guidance for participants around planning for the various scenarios has been posted on the BHA website.”

If you are interested in this, you should read:

Jackson Murphy sidelined for 6 to 8 weeks

Grand National: How much do you know about Aintree steeplechase?