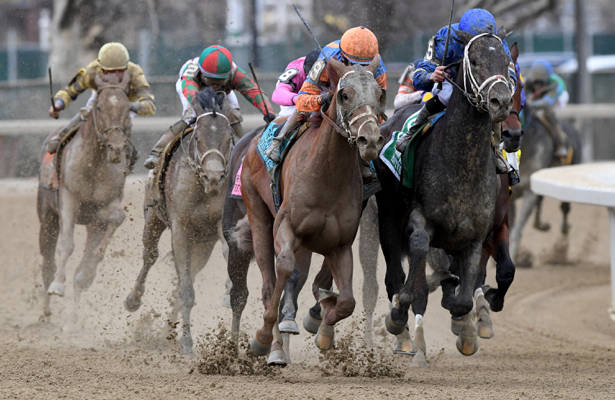 The New York Racing Association, Inc. Sunday announced the return of a bonus program for potential starters in the Grade 2, $750,000 Wood Memorial on Saturday, April 6 at Aqueduct Racetrack that could increase the total purse to $1 million.

The prestigious Wood Memorial, which is part of the official ‘Road to the Kentucky Derby’ prep series, is worth 100 qualifying points to the winner, 40 points to second, 20 to third and 10 to fourth, bolstering the bids of the top finishers to earn sports in the starting gate for the 145th running of the Grade 1, $2 million Run for the Roses on May 4.

The Wood Memorial is named in honor of Eugene D. Wood, a New York State politician and horse racing enthusiast who had been a founder and past president of the old Jamaica Racetrack, where the race was run until 1960. On five occasions, the Wood has been run in two divisions, resulting in two winners in 1944, 1945, 1947, 1974, and 1983.


Among past Wood Memorial victors are such legends as Triple Crown champions Gallant Fox, Count Fleet, Assault and Seattle Slew. Recent winners of the Wood Memorial include Vino Rosso last year, Irish War Cry in 2017, Outwork in 2016 and Frosted in 2015.

Grade 1 winner Bee Jersey to stand at stud in Kentucky