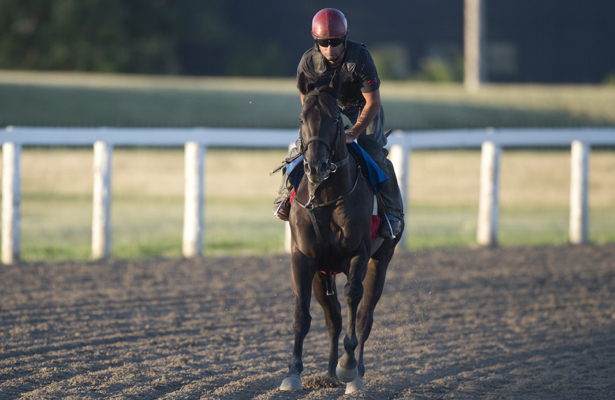 On Saturday, June 30, Silent Poet will look to write his name into the annals of Canada’s most famous race when he breaks from the gate in the $1 million Queen’s Plate, first jewel of the Canadian Triple Crown.

Trained by Nick Gonzalez, the homebred son of Silent Name-Cara Bella has won two of three starts, with his only loss coming on debut to the stakes placed Kentucky-bred Verboten. After a winter spent in Florida, Silent Poet returned to action on April 22 at Woodbine and romped to a 5 1/2-length score in a five-furlong main track sprint which set up a gritty 1 1/4-length score on May 27 in a seven-furlong optional claiming tilt on the Woodbine green.

With Gary Boulanger in the irons, Silent Poet was down inside and desperate for racing room last time out but the veteran rider found a seam late and surged to victory.

“Gary Boulanger was so impressed with him last time. He got into all that traffic in a crowded turf race and Gary told me, ‘Nick, he ran like a horse that’s five-years-old and has run 30 times.’ That’s how professional he was,” said Gonzalez.

A step up to a mile and a quarter is a big ask for a young horse, but Gonzalez will enter the Plate with every confidence in Silent Poet, who trained in Florida throughout the winter.

“He came back here very fit and even though we’ve only got two sprint races into him, the horse is in a good way,” said Gonzalez.

Silent Poet is one of 16 considered probable for the Queen’s Plate by Woodbine:

Tonight’s racing: three to watch on the all-weather at Newcastle |...

Ross Stevenson reacts to radical plan to race horses through the...