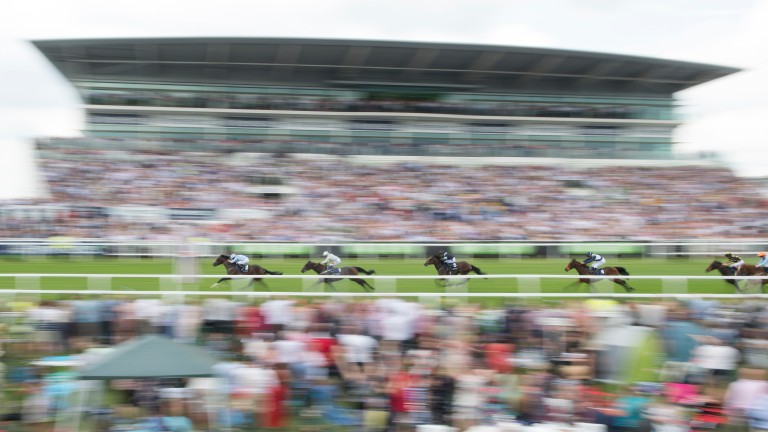 A newcomer to hurdling at Ludlow on Thursday will be familiar to many as last year he was matching strides with some of the fastest two-year-olds in training.

De Bruyne Horse was the winner of the Woodcote Stakes at Epsom’s Derby meeting before he was stripped of victory after a positive drugs test, gifting the race to Cardsharp, a 107-rated performer this year.

He went on to run a close eighth to Rajasinghe in a bunched finish to the Coventry at Royal Ascot, he followed this with a Listed win at Vichy before signing off for Richard Hannon when finishing down the field in the Group 2 Gran Criterium in Italy.

The trainer, who won the JELF Insurance Brokers Juvenile Hurdle (3.30) with Phoenix Dawn last year, said, unsurprisingly, of the former sprinter: “The main thing is to find if he gets the trip but he is a relaxed and settled horse at home. The ground should be nice for him as he doesn’t want it too soft.

“It’s a hard race with the two market leaders already winners, but De Bruyne Horse took to jumping very well, his half-brothers have won over a mile and a half and fellow offspring of his sire, Showcasing, get every trip.”

Gambarini will be hoping the former Middleham Park Racing youngster can emulate his Ballyglasheen who won as a juvenile at the track in 2013 before going on to win the Swinton Hurdle the following year for Evan Williams.

He will be getting 6lb from those two winners, Elysees and Song For Someone with the former, trained by Alan King, looking to strike again quickly on good ground before the winter takes hold. 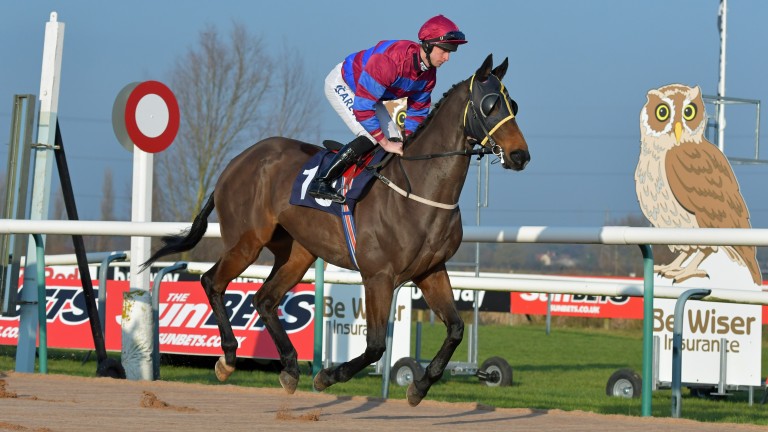 Very few owners can boast they are off to see their only two horses run at a course where they have won 28 times between them.

That is the case at Southwell on Thursday for John Theaker, owner of the amazing veteran double act that is 13-year-old General Tufto, who runs in the second division of the class 6 handicap over a mile (12.40), and the year younger Alpha Tauri, who runs in the 7f hands and heels apprentice handicap (3.50).

Theaker has already had memorable days at the Nottinghamshire track, the highlight being General Tufto winning on his 100th start there just under two years ago.

That was General Tufto’s last success, but on his last run, just over 11 weeks ago, he was backed from 66-1 into 25-1 before staying on into fourth.

Theaker said: “You can’t ever write him off but you can’t forecast what either of them are going to do either!

“Tufto must be getting towards some British record with this 216th career run – I know there is a horse in America who has more starts.

“Charles [Smith, trainer] says they are both very well so let’s hope they can run well in the forecast autumn sunshine.”

Amateur Lily Pinchin, a part-time member of staff for trainer Neil King, gets the chance to repeat her July victory aboard Little Windmill at Ludlow on Thursday.

King said: “It’s nice to reward people who come in and ride out and Lily comes in once a week. She gave Little Windmill a lovely ride to win over hurdles at Worcester.”

The racinguk.com/freetrial Handicap Chase (2.55) presents a different test for the 7lb-claiming amateur, especially after Little Windmill was uncharacteristically pulled up at Fakenham last time.

King added: “He made a couple of bad blunders last time but the little horse remains in cracking form and will like Ludlow. The big worry is the mark he is on which is why we are claiming 7lb off him.”

Inside my up-close visit with Triple Crown winner Justify

Boost for racing as free movement of horses is set to...