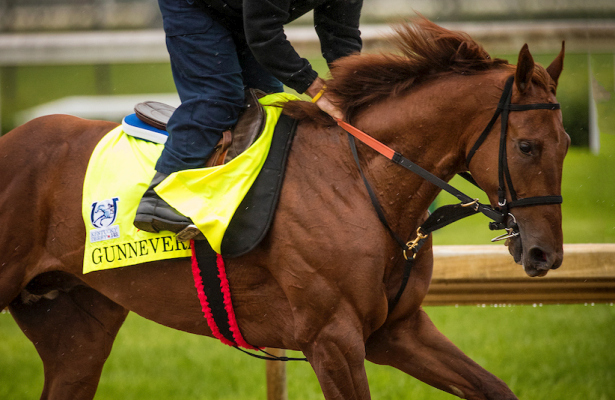 Saturday’s Grade 1, $750,000 Woodward Stakes at Saratoga doesn’t include any of the division leaders targeting the Breeders’ Cup Classic. But a strong contender could emerge from the 1 1/8-mile feature on closing weekend at the Spa.

Eleven horses were termed probable to run by the New York Racing Association ahead of Wednesday’s entry deadline. Here they are, with early odds by Horse Racing Nation. This post will be updated once post positions and jockey assignments are set:

Dalmore, 30-1 (Colonel John — Bob Hess Jr. — 23: 4-5-1 — $453,092): He was in the Grade 1 Whitney to factor in the pace, but it never materialized once Diversify kicked away from the gate. Dalmore finished last of eight and may be set up for something similar here. Ron Paolucci owns a share in both this horse and Imperative, who does his best running late. Will one set up the other? At the same time, there’s no need-the-lead type in the Woodward except Dalmore, so if he can set comfortable fractions, he could stick around late. Even if you don’t play him, consider his speed when handicapping.

Discreet Lover, 20-1 (Repent — Uriah St. Lewis — 42: 6-7-7 — $941,560): St. Lewis, who both owns and trains the 5-year-old horse, continues to pick up checks. His last four starts all resulted in third or fourth-place finishes in graded stakes, and Discreet Lover continues to deliver speed figures that would make him a contender to hit the board again in the Woodward. The one word of caution if counting on a show bet here: Discreet Lover was able to rally behind Diversify’s scorching hot paces in his last two. The Lieutenant, who was second in the Suburban, turned around to flop in the recent Grade 1 Pacific Classic at Del Mar. The board-hitting streak seems in question.

Gunnevera, 5/2 (Dialed In — Antonio Sano — 17: 6-3-2 — $2,951,800): The 4-year-old looked dominant Aug. 10 at Gulfstream Park, getting an allowance race in before stepping back up to the big leagues. Sano rested his charge following the Dubai World Cup, which resulted in a nasty hoof injury that’s in the past now. Before that, he competed in the Travers, Breeders’ Cup Classic and Pegasus World Cup. Gunnevera’s only other step outside facing the best competition was in Gulfstream’s Tangelo Stakes last year, which he also won before second in the Travers. Things are lining up for this consistent runner to break through.

Imperative, 15-1 (Bernardini — Jeffrey Radosevich — 40: 6-8-3 — $2,988,135): The Grade 2 Charles Town Classic winner has run fourth in a pair of Grade 3 races since then as his speed figures dropped. Paolucci, of course, is never afraid to take a shot in the big races. Those more recent defeats were both at 1 1/16 miles, but more distance wasn’t going to do Imperative any good those days. His form appears to be going the wrong direction. The inconsistent runner has, however, been known to turn things around quickly. You should get a nice price if you like him here. Does gets help from his fellow Loooch Racing runner.

Kurilov, 12-1 (Lookin At Lucky — Chad Brown — 18: 7-5-2 — $281,265): Brown took the 5-year-old Chile-bred off the turf for Saratoga’s Aug. 5 Alydar Stakes and must have liked what he saw in a head defeat to Realm. Going the same 1 1/8-mile distance as Saturday’s race, Kurilov took the lead in the stretch before chased down, though running just off fractions of 24.32, 47.96 and 1:11.89 doesn’t necessarily prove he’s ready to win a dirt race at this level. It would take a move forward, but if you trust in Brown at Saratoga, Kurilov may be worth including on tickets. Second on the dirt runner needs to improve.

Patch, 10-1 (Union Rags — Todd Pletcher — 9: 2-2-2 — $488,520): Outside of a rallying allowance win in his 4-year-old debut, Patch is lacking in highlights as a 4-year-old. He missed the board in Churchill Downs’ Grade 1 Stephen Foster on a steamy night in Louisville, then failed to take advantage of a drop in class, running third of five when never much a win threat in the Alydar Stakes. Barring a total pace meltdown, which doesn’t appear likely in this spot, Patch looks like an underneath type of play at most until he proves he can contend at this level. He doesn’t look to be in the type of form to make an impact.

Seeking the Soul, 8-1 (Perfect Soul — Dallas Stewart — 19: 5-4-5 — $1,421,162): It’s fair to say this one needed the race when he finished second by a head in the July 14 Michael G. Schaefer Memorial at Indiana Grand. That was Seeking the Soul’s first start since the Pegasus World Cup in January. Stewart never took him fully out of training, but there was a mild injury to get over. At his best, Seeking the Soul is a Grade 1 winner against similar competition in Churchill Downs’ 2017 Clark Handicap. This is an important prep toward what connections hope is a Breeders’ Cup Classic start. He should be ready to run. Stewart excels with lightly raced horses, and this one has back class.

Sunny Ridge, 12-1 (Holy Bull — Jason Servis — 18: 6-4-3 — $1,024,402): He reached a new lifetime top in winning Belmont Park’s State Dinner Stakes back on July 6 and has been off since then. Servis usually has runners ready to fire off layoffs of this length, and Sunny Ridge, at age 5, could be coming into his own. He hit the board in a pair of mile races to open the year before winning the State Dinner, a black type stakes, at 1 1/16 miles. This certainly marks a step up in class, but consider Sunny Ridge a live longshot who should be forwardly placed. A definite “under” player who could be best at this distance.

Tapwrit, 5-1 (Tapit — Todd Pletcher — 12: 4-1-1- — $1,347,402): The 2017 Belmont Stakes winner continues to seek his first win since that race. This will mark the fourth try this year, and if he has been one thing, it’s consistent. Diversify went wire to wire in both the Suburban (G2) and Whitney (G1), not giving this one a chance to close. His speed figures were nearly identical in those efforts, as were the finishes of fifth and fourth, respectively. Lately, Tapwrit has not shown the kick to beat top competition at the 1 1/8-mile distance. Will face less here, though he’s consistently a tick slow.

Term of Art, 20-1 (Tiznow — Brad Cox — 15: 3-2-3 — $258,850): Transferred to Cox from trainer Doug O’Neill for his 4-year-old campaign, this Calumet Farm colt won his seasonal debut at Ellis Park, then missed by just a neck last out in the West Virginia Governor’s Stakes (G3). Speed figures from the last two were career-highs, but he’ll need to continue moving forward to contend in this spot. For his new barn, Term of Art has factored in early pace scenarios, pressing the leaders, as opposed to how handicappers may remember the former Triple Crown trail runner as a closer. An improving newcomer to the Cox barn is tough to leave off tickets.

Yoshida, 4-1 (Heart’s Cry — Bill Mott — 10: 4-3-0 — $889,770): Connections have long intended for this Japan-bred to try the main track. Against this field, in this prestigious of a race, he seems to be spotted well. Yoshida’s last win came at this distance on Kentucky Derby day, in the grade 1 Old Forester Turf Classic. Since then he was fifth in a Group 1 at Royal Ascot, then fifth again in Saratoga’s Grade 1 Fourstardave. The latter finish was a bit puzzling, but horses rarely come back strong from overseas traver. This colt’s top efforts have come when stalking moderate fractions. First timer on the main track is an unknown.

Summary: Gunnevera, finally getting away from the absolute top flight of older horses, looks like a solid contender here, with Seeking the Soul and Term of Art two contenders that should be hitting a nice spot in form cycles continuing to return from their respective layoffs. Yoshida sure is puzzling, not as a legit runner but as a main track contender. He’d take plenty of dirt and need more pace than Dalmore’s lone speed to contend if he carries over the turf style. Finally, Sunny Ridge and Kurilov are certainly trifecta players. Perhaps there’s money to be made here if you — like me — aren’t a big believer right now in the well-known horses from the Pletcher barn, Patch and Tapwrit.

For Startups, Do You Bet On The Jockey Or The Horse

editor - May 5, 2018
0
For Startups, Do You Bet On The Jockey Or The Horse  ForbesFull coverage Article Source

Etymology primed ahead of Bagot Handicap

McGaughey: Breeders’ Cup Juvenile an option for Code of Honor